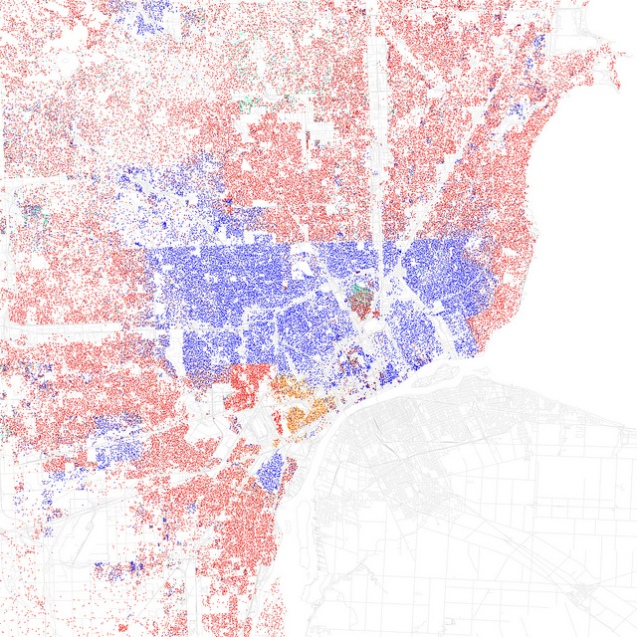 Likely one of the best known maps of Detroit, this map created by Eric Fischer as part of his “Race and Ethnicity 2010” series representing one dot for a group of 25 people of the same race shows the deep racial divides in Detroit metro area. Hamtramck stands out as a diverse island in the middle of Detroit, but otherwise there is s sharp line at 8 Mile, the City’s northern border.