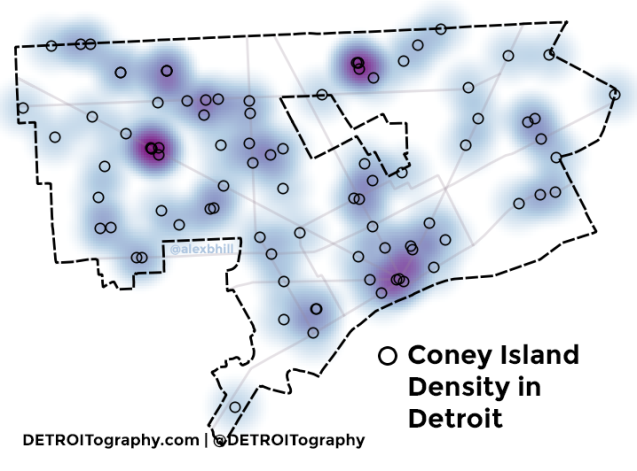 The coney dog was born in Detroit. The 2012 book titled Coney Detroit attributes the “coney dog” to Greek emigrants who likely passed through Ellis Island in New York (near the birthplace of the hot dog, Coney Island).

Coney dogs were cheap and quick allowing them to propagate outside of Detroit’s major factories. Workers had short lunches and limited budgets – the coney dog was the answer.

Today, there are multiple opportunities to eat at a Coney Island restaurant or diner. There are a few coney chains in the Southeast Michigan region and in the City of Detroit there are some coney clusters. Detroit’s Downtown is home to the Lafayette versus American rivalry, Northwest has Coney Islands right next to each other and includes Nicky D’s, while East of the State Fairgrounds sports a string of coneys mostly along Conant Street.