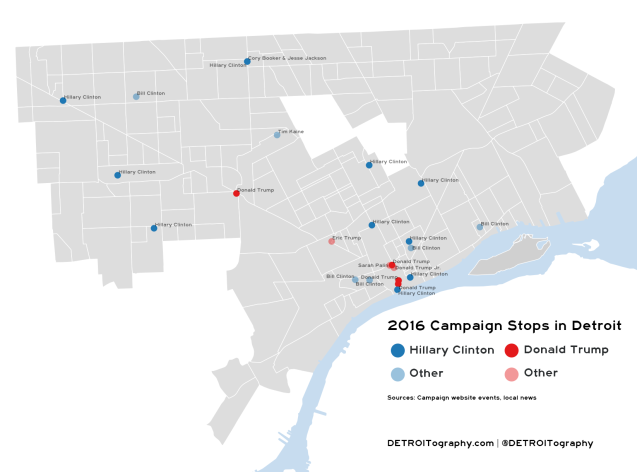 The Presidential election brought a strong focus on the State of Michigan and the cities of Flint and Detroit specifically. The City of Detroit became a rallying point for both candidates, but for very different reasons. Hillary Clinton first came to Detroit for a campaign fundraiser in January 2016. Donald Trump’s first campaign visit was during the Republican debate at the Fox Theater in March 2016.

The candidates continued to return to Detroit for speaking engagements and campaign stops, but their geographical focus was quite different. The Trump campaign spent most of its time Downtown for exclusive events, while the Clinton campaign often made multi-stop tours of different neighborhoods in Detroit. Both campaigns neglected the Eastside where there are higher vacancy rates and lower incomes.