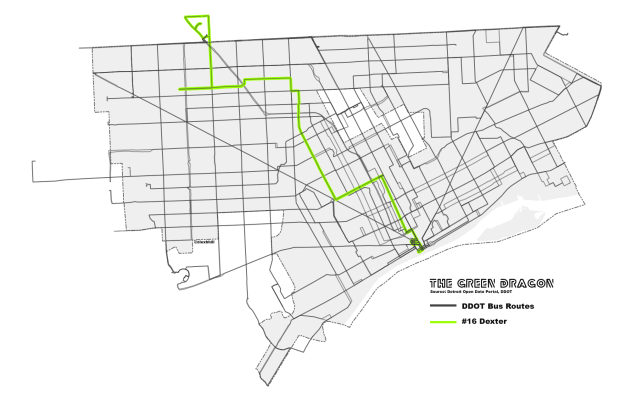 The Dexter #16 bus route can be seen slithering and clawing it’s way north from Downtown Detroit to Northland Mall (now closed) in the northern suburbs of Southfield. 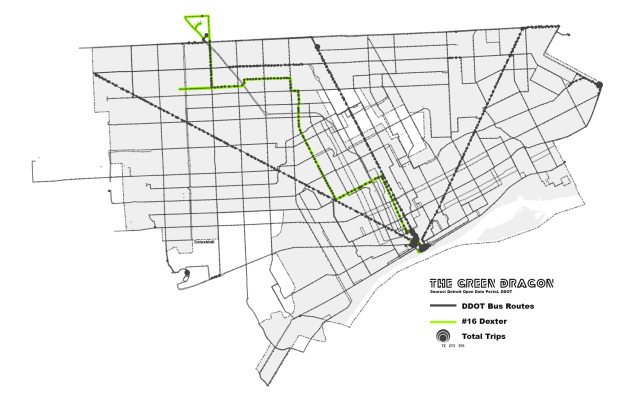 As well as being one of the longest, Route 16 Dexter is also one of the busier routes, right behind the 3 major artery Avenues (Woodward, Gratiot, Grand River). I assume because the route passes through the more densely populated Northwest side as well as stopping at the former Northland helped increase the number of trips.

The marketing could be awesome for this route, “Ride the Green Dragon!”