In the book, New Urban Configurations, the City of Detroit and City of Turin (Italy) are compared for their former industrial power and post-industrial decline. Turin was once called the “Detroit of Italy” and the process of mass production has had similar effect on the local economy. The authors write:

“We suggest that Fordist mass production manifesed specific spatial patterns that had profound impacts on the urban character of both cities and their capacity to adapt to changing economic models.”

In particular, the authors are focused on the impact of road network expansion contributing to the loss of manufacturing in the city (see maps below). 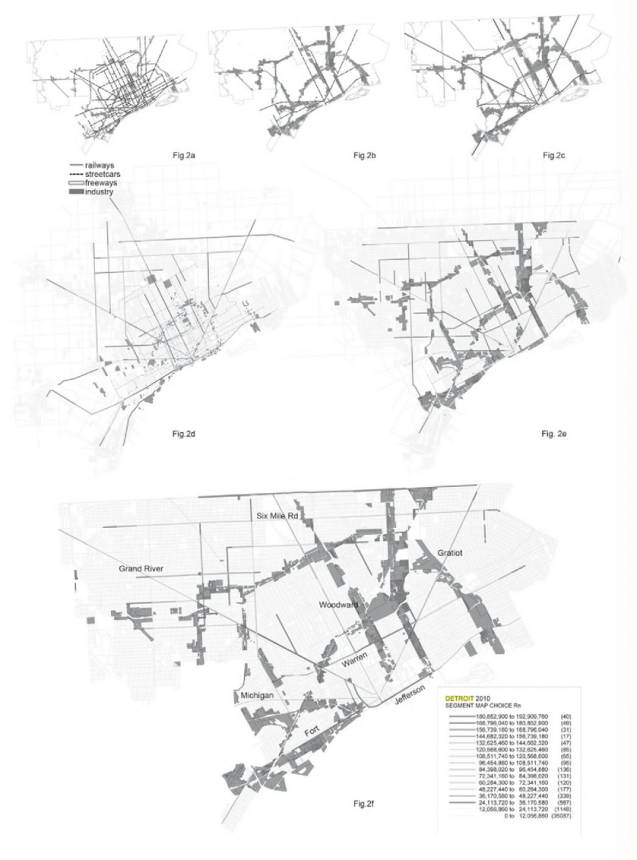