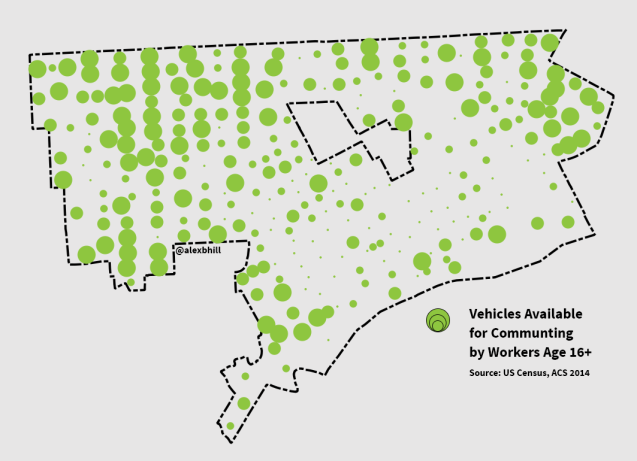 I’ve posted similar maps before, but the confusing narrative remains that people do not have cars in Detroit. It’s true many people have limited mobility, specifically those living in poverty and the elderly. The Motor City has far fewer cars than its nearby neighbors, but that doesn’t mean the majority of Detroit isn’t still car dependent. There really is no other way to reliably get around the city.

For example just 6% of households with someone 65+ living alone do NOT have a car. The most important information about transportation might not be how people are getting around, but where they choose to go and how far away they travel for things like groceries, doctor’s appointments, etc.

A good start would be to look at areas where people are commuting by car regularly and build public transit options to match in the hopes of improving access to jobs and opportunity.

One thought on “Map: Vehicles for Commuting in Detroit 2014”