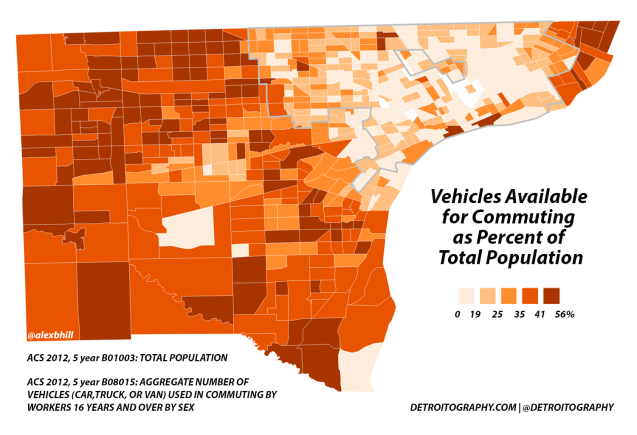 In response to a few comments that the last “motor vehicles in the motor city” would be better based on vehicles as a percent of population, here is the updated version with the new 2012 data. I actually think it might even be better to look at vehicles available per household, but the Census is still an imperfect measure of vehicle ownership.

I could go on for a few paragraphs, but the short answer is that Detroit needs a public transit system.

One thought on “Map: Vehicles in Detroit as Percent of Total Population 2012”