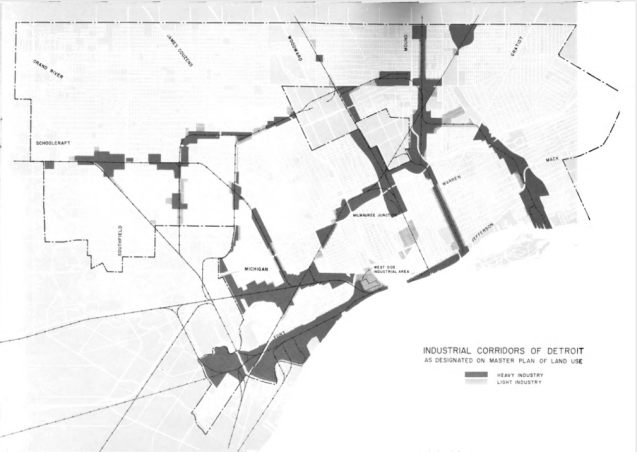 Urban renewal and redevelopments are common in any large city. In 1958, the West Side Industrial District was an attempt to revitalize and stoke some industrial activity in the area near Michigan Central Station (MCS). The introduction page of the planning report reads:

“This publication is prepared to describe a program which Detroit is undertaking to clear one of its oldest and most blighted residential districts and to prepare it for rebuilding by means of federal assistance provided in the Housing Act of 1949.”

The hope was to capture “modern industry” through warehousing and plant locations with rail access and plenty of space. While there is an area of Detroit known as “West Side Industrial” the modern industry is lacking. Some have decided (jokingly?) to ironically refer to the area (and Hubbard-Richard neighborhood) as Corktown Shores.