Charlie LeDuff recently reported on the public lighting system and how it hasn’t seen investments in the last 40 years. He discovered that the last time that street lights were mapped was on this 1960s era map with pushpins. Incredible that in 2013 the mapping system is so archaic. 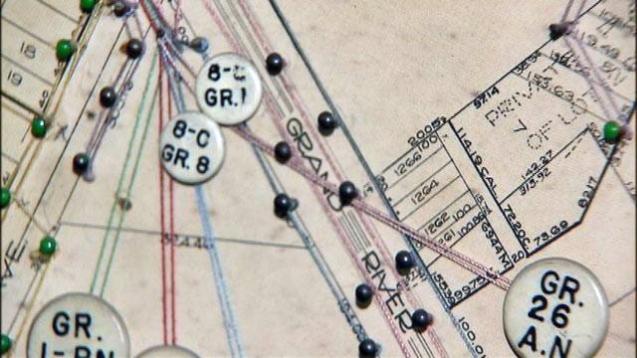 In September, it was also reported that Detroit was conducting a comprehensive GPS light pole audit in a handful of focused zones. The goal is to map 6,600 of the 88,000 street lights in Detroit and then devise a plan to improve the system. Hopefully this street light data collected will be open to the public.

One thought on “Map: Public Lighting in Detroit”