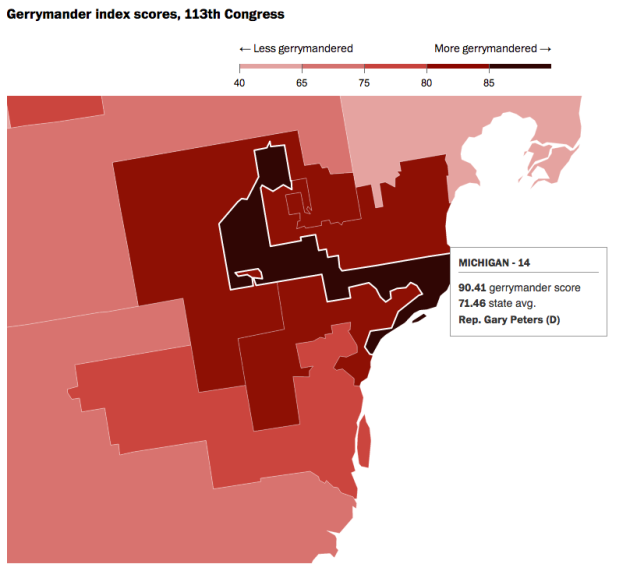 In the entire state of Michigan, the City of Detroit includes the most gerrymandered congressional districts by scores assigned by the Washington Post. However, the scoring relied on “compactness” which may not always be the best measure of gerrymandering.

“The compactness of a district, measured using the ratio of the district area to the area of a circle with the same perimeter, can serve as a useful proxy for how gerrymandered the district is. The map below colors Congressional districts according to their compactness, for states with at least three districts.”