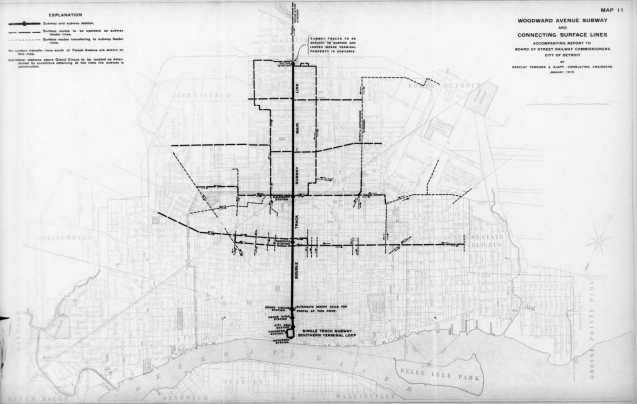 Downtown, where all the routes terminated, impeded efficient movement of people in and out of the city. Therefore, their report proposed a series of rerouting of lines as well as a Woodward Avenue subway system.