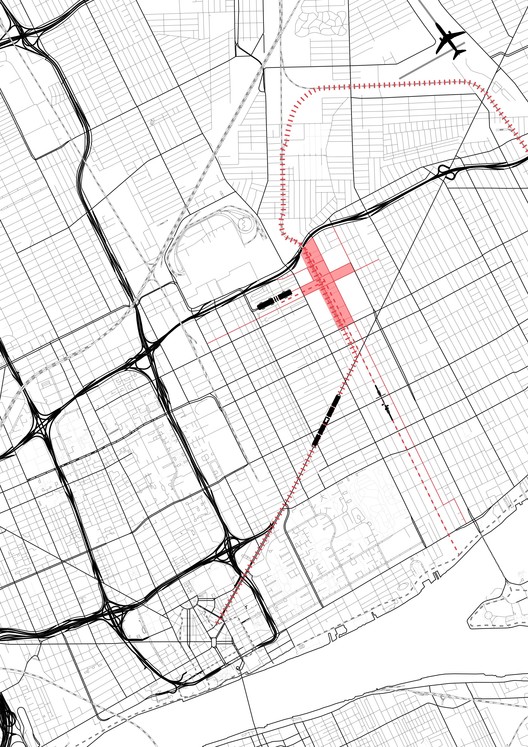 Upgrades at the Packard Plant have been slowly moving forward as could only be the case with a hulking shell of a former manufacturing giant, once considered the most advanced in the world. The new owner of the Packard Plant held a “Reanimate the Ruins” contest for ideas to redevelop the site. Nadau Lavergne Architects submitted the winning design and it appears to include another streetcar/ light rail along Gratiot Avenue.

Will Detroit’s growing group of multi-millionaires bring “public” transit to the city?

One thought on “Map: Packard Plant Redesign with Gratiot Streetcar”