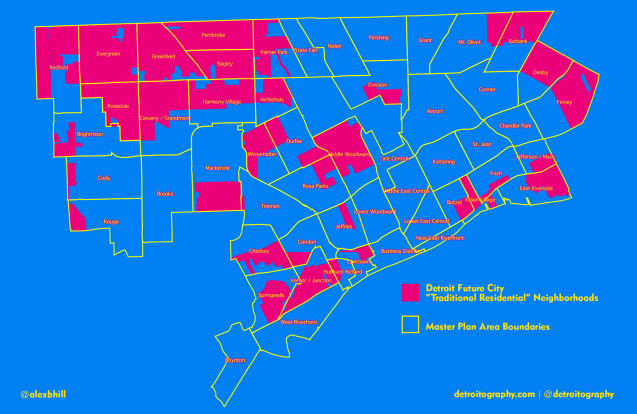 “need improvements to their city systems and infrastructure to make them competitive with peer neighborhoods in the region.”

The color scheme for this map was chosen through inspiration from an article in Cartographic Perspectives: Expressive Map Design Based on Pop Art: Revisit of Semiology of Graphics? The article looks at using pop art graphic choices applied to map elements. This map is based on a Warhol example.

Error: Twitter did not respond. Please wait a few minutes and refresh this page.