Mayor Duggan’s ten-point plan for Detroit lays out an urban planner’s approach to remaking a city. It lacks, however, any real economic plans that are necessary for breathing new life into neighborhoods where unemployment reaches over 30% in some areas of the city. 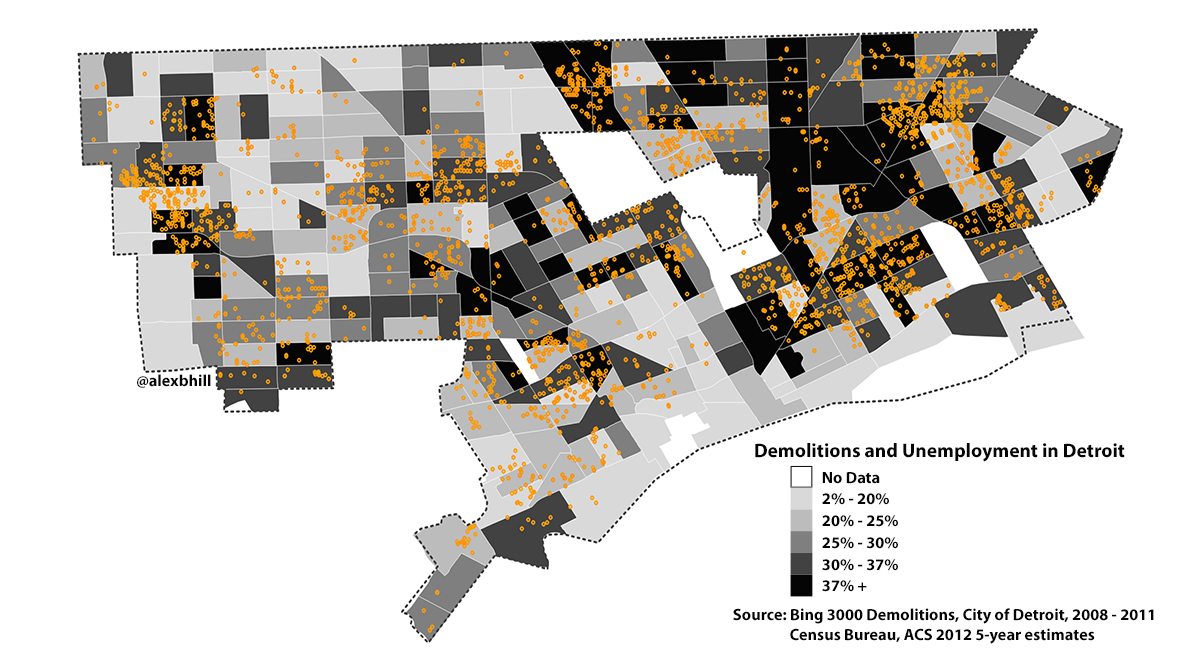 Mayor Bing had pledged in his term of office to demolish 10,000 blighted structures. The numbers aren’t out yet, but Bing’s team says it was a success. The Detroit Residential Parcel Survey on 2009 noted that 86% of homes in Detroit were in livable condition and only 9% or 3,480 needed to be demolished. Bing’s administration reported that 8,966 structures had completed the demolition process as of the close of 2013.

What other 5,486 structures did Bing demolish and what new properties are Duggan/Gilbert (private and foundation supported “Blight Authority”) planning to demolish based on the $1.5 million Motor City Mapping blight survey? Is it all part of Duggan’s efforts to incentivize people to move to more populated areas (right-sizing Detroit)? 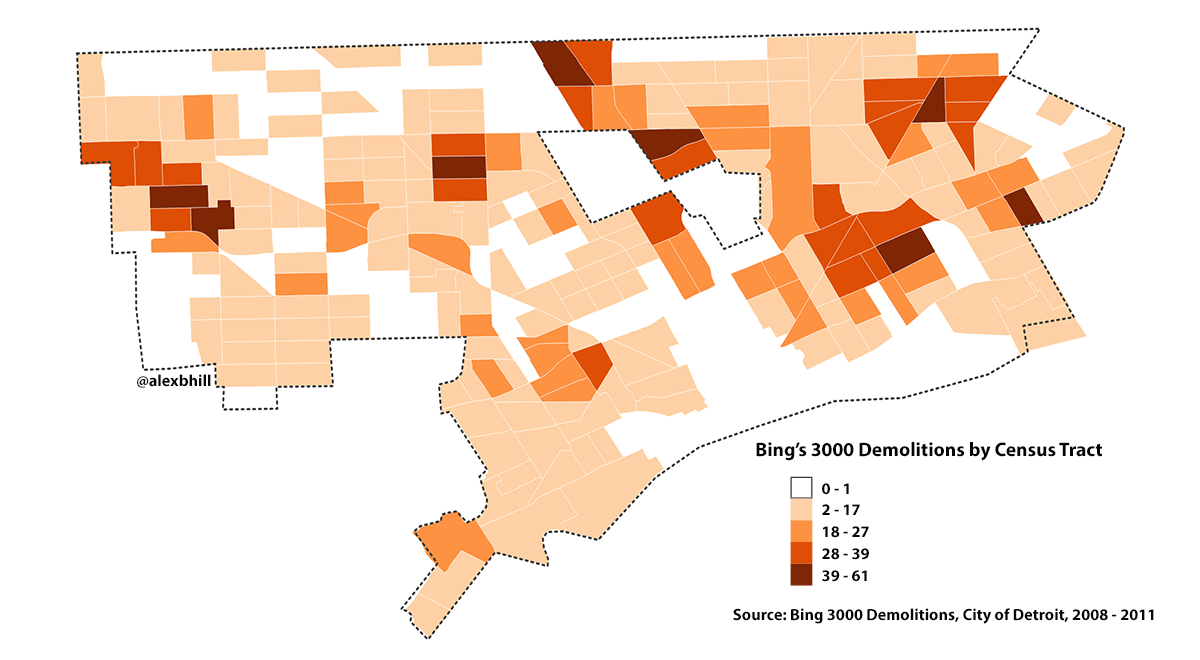 Employment in Detroit has followed a downward trend since automobile companies left the city starting in the 1950s. Recent jobs added to the city have largely come in the form of relocated offices rather than new employment opportunities for Detroit residents.

Why can’t Detroiters be offered job training in demolition and construction to both improve their neighborhoods and help Detroit rebuild? Where are the incentives for residents to maintain and improve their homes instead of continuing to turn a blind eye to vicious landlords and blight hoarders? If Detroit’s neighborhoods are going to improve than Duggan needs to consider long-term employment opportunities for residents.

At Duggan’s swearing in ceremony he mentioned that he is bringing together individuals and groups who are tackling blight in order to improve the Detroit Land Bank so that delinquent property owners can be sued and dangerous properties can be demolished. Duggan praised Gilbert’s efforts as part of the Blight Authority, but hasn’t yet made any specific plans or goals for his administration besides stating that reducing blight is a priority.

Thanks to Nick Micinski for help with brainstorming this piece.