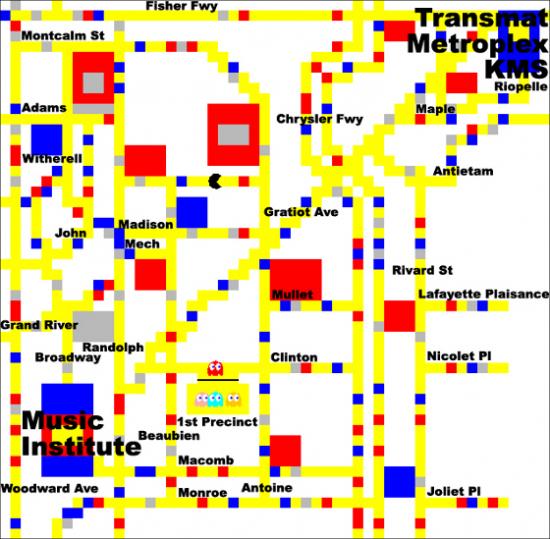 Canadian artist group, Price Budgets Boys have made a series of interpretations described as a mix of Piet Mondrian, Pac-Man and Boggie Woggie music. The videogame board consists of Piet Mondrian’s painting “Broadway Boogie Woogie” (1942-43), which in its turn is inspired by Manhattan’s street grid and boogie woogie music.

They created three versions after the initial NYC version: “Detroit Techno” (2005), “Tokyo Techno” (2006) and “Toronto Techno” (2006). The labyrinths in the new versions are created by stylized street grid from each city, executed in the style of Piet Mondrian.