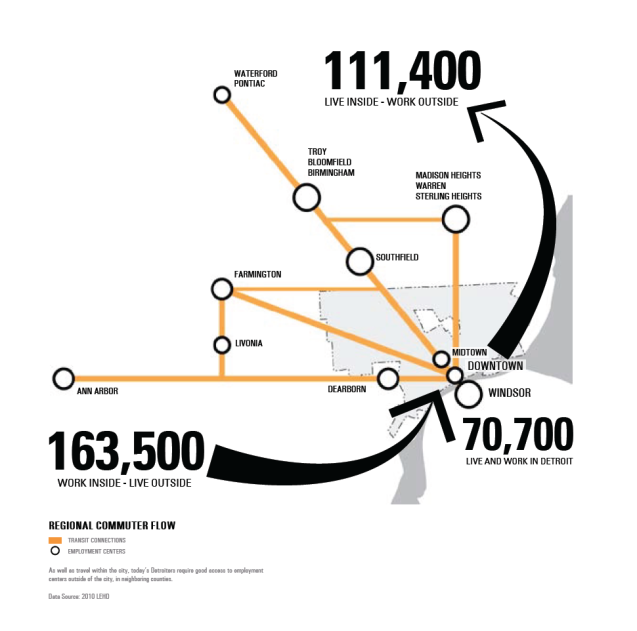 I have often wondered about how many people commuted into Detroit for work as I often had to fight the traffic going both ways to see clients across the city. Incredibly, there are more people who come into the city than the number of people who live and work in Detroit. Not to mention the massive amount of people who have to leave the city to get to work. This Detroit Future City map bolsters the argument for a rapid transit system, not more expressways, but a regional transit system (RTA).