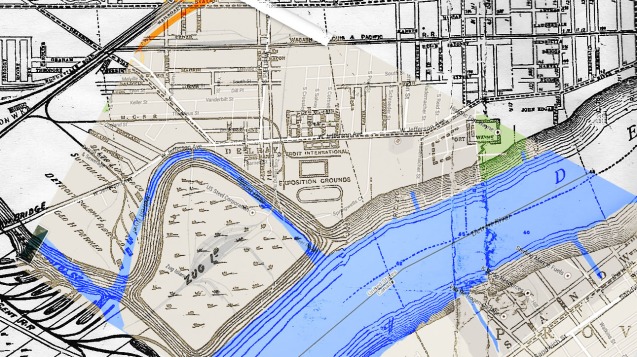 This map overlay is from Digging Detroit‘s historical dive into Detroit’s own world fair of sorts. The city was at the forefront of many industries and products from Detroit were already being mass produced and widely distributed. In 1890, Detroit used 156 acres in Delray, south of Fort Wayne, as the Exposition Grounds.

Detroit was not only the largest producer of heating and cooking stoves, it was also on the forefront of ship building, rail car manufacturing, cigar production and development of cutting edge pharmaceuticals. Detroit was also on the verge of launching a bustling automotive industry but at this point factories were being constructed to design and build gasoline engines.