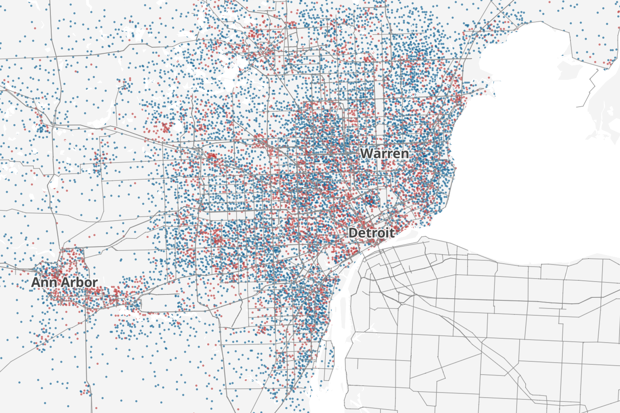 A map by the journalist and web developer Ken Schwencke shows just how much the rental market now dominates U.S. cities, even those traditionally defined by high rates of homeownership. “Where the Renters Are” plots 2013 American Community Survey data on who’s renting (red dots) and who’s owning (blue dots) across the country’s census tracts. The dots, each of which represents 25 housing units, are randomly placed within tracts.