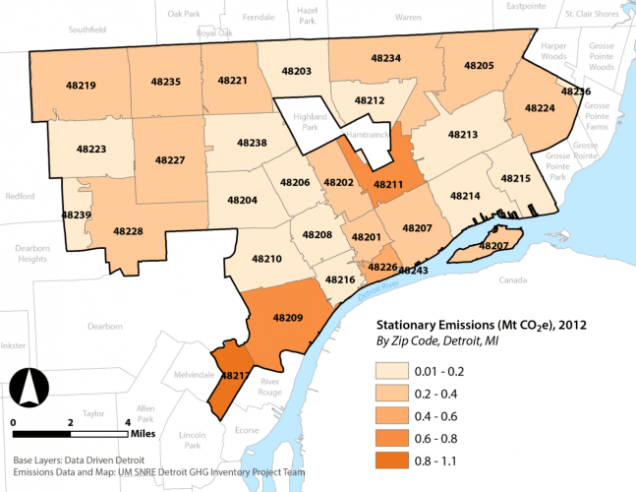 Electricity use in the city contributed 45 percent to 2012 citywide emissions, due in part to DTE Energy’s fuel mix, which consists of 76 percent coal.

“Energy use in buildings accounts for nearly two-thirds of the greenhouse gas emissions generated in Detroit, while exhaust from cars, trucks and buses is responsible for about 30 percent of the total, according to a new citywide inventory compiled by University of Michigan student researchers.

About 41 percent of the emissions from stationary sources—which include residential and commercial buildings, industrial processes, solid waste incineration and wastewater treatment—are produced within four ZIP codes located in the city’s southwest, midtown and downtown areas.

The report also shows that: