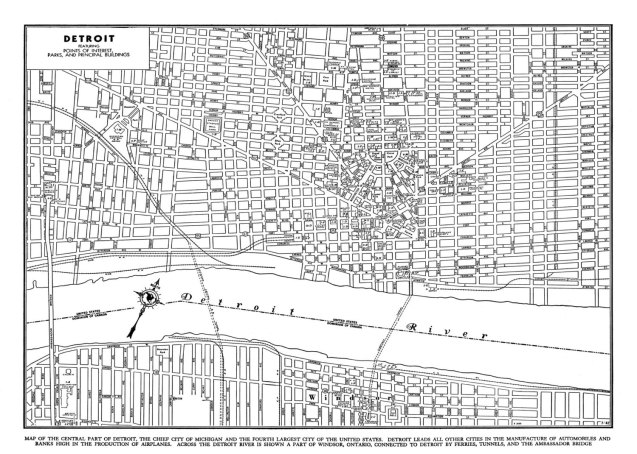 This map doesn’t cover the entire city, which is interesting, but I thought the caption was really great.

“Detroit; the chief city of Michigan and the fourth largest city in the United States. Detroit leads all other cities in the manufacture of automobiles and ranks high in the production of planes.”