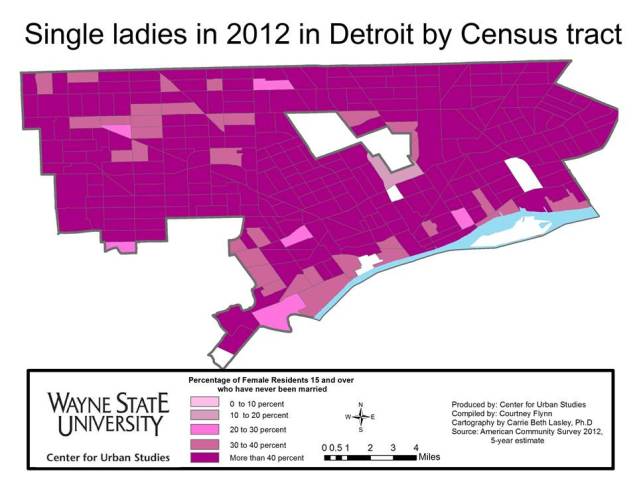 The Center for Urban Studies has put together an interesting piece over at their Drawing Detroit blog. In the name of Valentine’s Day they have utilized the Census Bureau’s data on single people.

“Singlehood in Ann Arbor and Detroit is quite popular, according to data provided by the 2012 American Community Survey. When comparing the City of Detroit to the other municipalities that make up the seven-county region, Detroit was one of only four municipalities where over 40 percent of females 15 and older have never been married.”