Detroiters and non-Detroiters alike will never stop fantasizing about having a robust and connected rapid transit system. MetroTimes found Jake Berman‘s recent effort to crowdsource freeways as subway lines and Curbed Detroit had a follow-up.

These fantasy maps are often trailed by comments of “what’s the point” or “we’re never gunna have that,” but why stop dreaming? I still think we have a great opportunity to convert the inside lane of every expressway into a rail lane (think Metro in Chicago). There’s even a concept from the 1941 Detroit traffic planning: 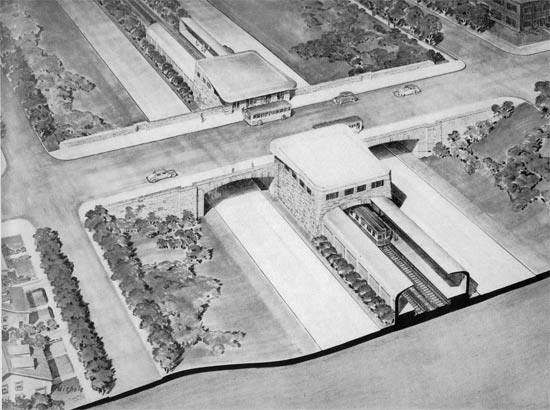